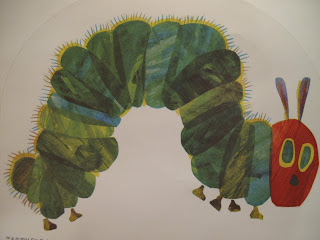 I have been trying to get ready for Ava's second birthday party for a few days now, but have not been able to get much done because Ava is so sick. I hope that she is better in the next few days so that her party can still take place.

I decided to go with the "Hungry Caterpillar" theme this year since it is one of her favorite books. Ava just loves to read, and I thought that this book would make a cute party. I feel like I have to give Ava a bigger party than I probably would normally do just because her birthday competes with such a major holiday. I think that it is fun to come up with crazy ideas that make the party more exciting and Joel thinks that it is a waste of time for someone so young. Oh well...it will be a great party and she willl have fun.

Her invitations were a caterpillar in a canning jar. The actual invitation was written on a leaf cutout. 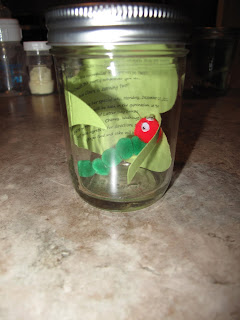 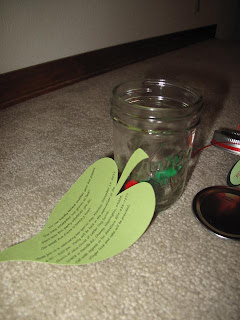 Then for one of her give-aways I decided to melt crayons into molds. My original plan was to melt them into the foods that the caterpillar eats through in the book, but I got too anxious and melted the crayons too fast so they came out in all different shapes. (It is OK because they still look cute) 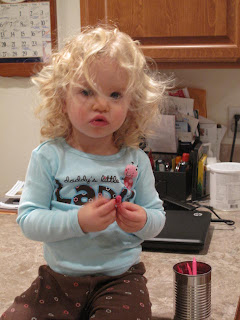 Ava helped me peel the paper off some of the crayons one night before going to bed. (She has crazy hair after a bath, but I think that it looks super adorable) 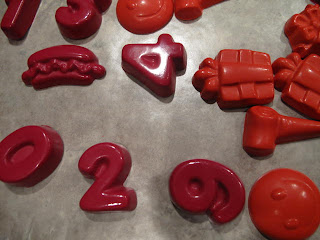 These are some of the finished crayons. Hopefully I will be able to post more picture of the actual party next week if my little angel gets to feeling better.
I cannot believe that she is turning two. Where does the time go??

Seriously, Jen, this is beyond adorable. Beyond.