This last weekend was a three-day weekend for many places of employment due to president's day holiday, and it also happened to be Valentine's day too. Joel asked me what I wanted for Valentine's day and I told him to take me away for a few days. So...We decided to head to Portland for the weekend. We usually go to Portland when we have long weekends, because Joel has family there and I love the shopping. (However - we did not shop much this trip)
It was just so nice to get out of town and relax. Plus we really wanted to get out of the cold snowy weather.
On the way to Portland we drive through the Tri-Cities, which is where my brother and his family live. We stopped by on the way through town to say hello. My little nephew Maveric is getting so big. They change so much at this age. 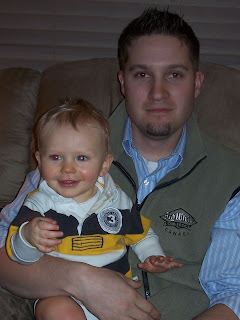 (My brother Eric and Maveric) 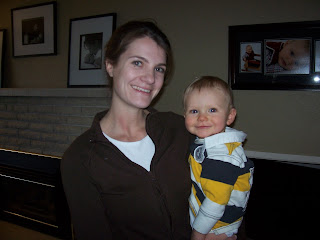 (Aunt Jen and Maveric - He is just the cutest thing ever!!)

Then after visiting with them - we were off to Portland. Driving to Portland is about a 5 1/2 hour drive, so the stop in Tri-Cities was a nice break. Once in Portland, we just relaxed at the hotel the first night. Then on Saturday we hung out with Joel's brother John and their family. We decided that it would be fun to go to the OMSI Center (the big science center in Portland). We got the kids ready and were off. 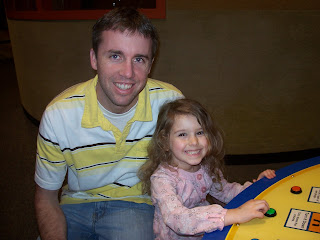 (Joel and Shade at OMSI) 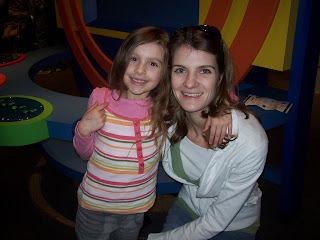 (Blaze and Jen at OMSI) 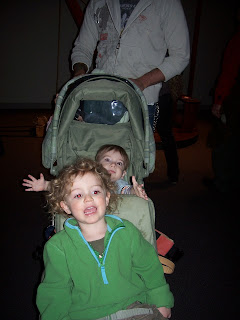 (Echo and Lock in the stroller at OMSI)

There is just so much to see at this center. You could spend hours there, and the kids loved it. Then we went back to John's house and had guitar hero competitions. Joel and I are horrible. The young kids even beat us. 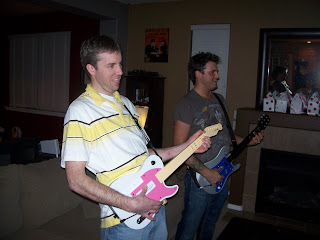 (Joel and John battling it out)

Then Joel and I decided to take off from their place and go out to dinner just the two of us for Valentine's day. It was such a fun day!
Sometimes it is just nice to get away from the day-to-day schedules and spend time together as a couple. Road trips are always so much fun for us, and allow us to have time to just laugh and talk together for hours. It was a great trip, and a much needed get-away.

Our neighbor Mike is in the Young Men's program at church with Joel, which means that they have mutual (youth activity night) every Wednesday evening. Mike's wife is in school right now, so they needed someone to watch their kids so that he could attend mutual. And...since I having nothing to do Wednesday nights I said that I would watch their kids Reagan and Benson. They are the sweetest kids. And since I am the babysitter I am suppose to be extra fun Reagan tells me. Yesterday I was trying to think of something extra fun to do, because I am running out of ideas, and thought that we would try to make peanut butter play dough. I remember playing with this dough quite often growing up, and it was probably because it is all eatable. 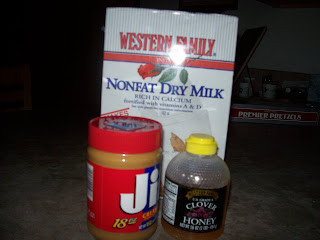 (You have got to love an easy recipe with very few ingredients!)

I had the kids help me mix all the ingredients, and then mix them all together with our hands. It got a little messing with two little helpers, but they had a ton of fun. Playing with the dough lasted for awhile and then it was off to the next thing to play with. Even though it did not keep them occupied the whole evening, they has a great time with it, and it brought back fun memories of childhood. 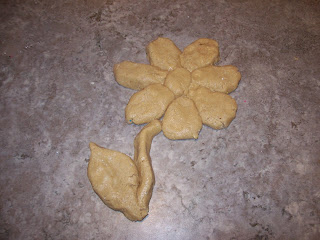 Flower that Reagan and I made with the play dough 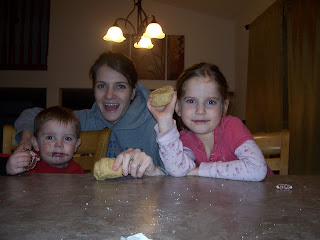 Benson, Me, and Reagan with our peanut butter play dough.

Last week was a busy one...

This last week has been very busy, but we have enjoyed all that it had in store for us.

First off, Joel and I (mostly Joel) have been trying to finish the basement in our house. Joel has completed putting up the drywall in the basement, and has started on the stairway. I mainly just help with holding up the drywall - mostly for the ceiling - while Joel puts in the screws.
THIS IS NOT A FUN JOB, but it will be worth it in the end. 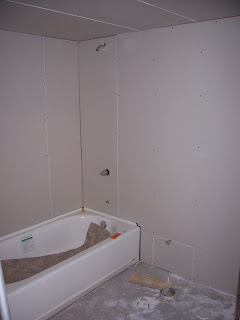 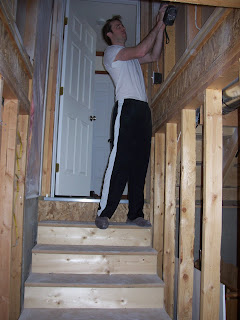 (Joel hanging dry-wall)
Then, we went to visit with our good friend Erryn and meet her new little baby girl Jaida. Erryn has been living in Georgia, so it was so fun to have her in Spokane visiting. Joel and I both miss Erryn and Jake so much. And Jaida is a doll. 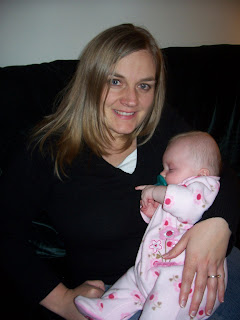 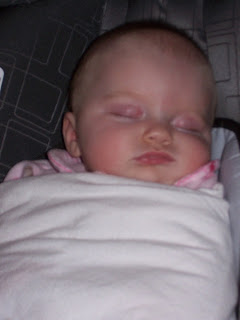 On Saturday, Joel had to coach our wards young mens basketball team in an all day tournament. Since he got called to be the teachers advisor, he got suckered into this coaching job. Joel never played organized basketball, but he did a great job coaching, and his team ended up winning the whole tournament.
Here are some pictures I took, but my camera was not working well, so the pictures turned out horrible. 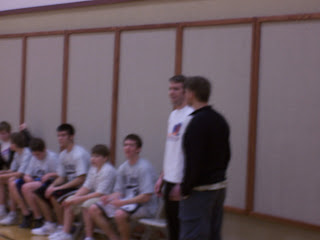 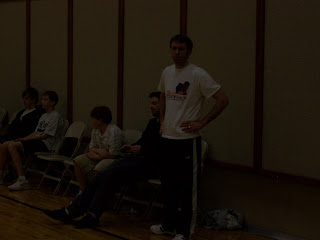 Saturday evening I went out with some girl friends to see the movie, "He is just not that into you". It was fun just to hang out with the girls, while our husbands went and did their own thing.
Hopefully this next week will bring more fun adventures with a little bit more relaxation time.