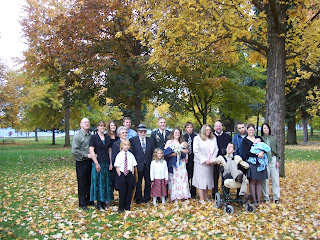 (The Anderson Family that was in attendance at the wedding)
Joel's sister Jenny got married this last weekend on November 1, 2008. She married Eric Nelson in Coeur D'Alene, Idaho. Joel really enjoyed having a lot of his siblings and their families around for the weekend. His family is so big - it is hard to get everyone together. 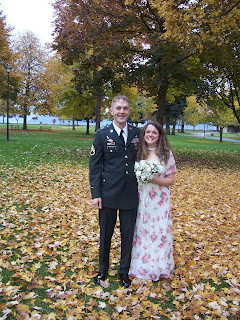 (The bride and groom - Jenny and Eric Nelson) 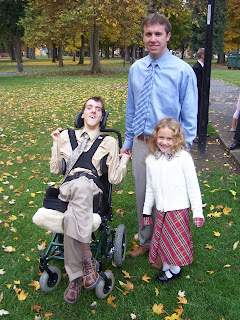 (Joel with his brother Justin and his niece Erica) 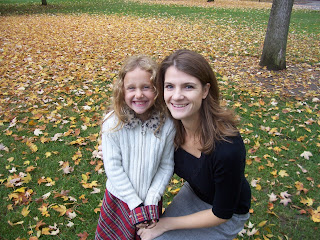 (Erica and I waiting for the pictures to begin) 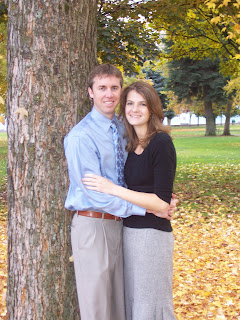 (Joel and I after the wedding)

The parks in Coeur D'Alene are beautiful, especially in the fall.
Halloween 2008! 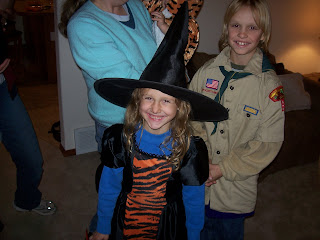 Erica dressed as a witch this year, and her brother Andrew was a boyscout. 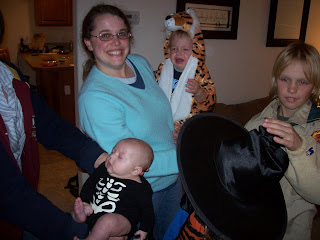 Little Gage was a skeleton, and Cole was a Tiger.

Joel's niece and nephews came to our neighborhood this year to trick-or-treat. It was fun to see them all dressed up. Erica was the winner for getting the most candy. 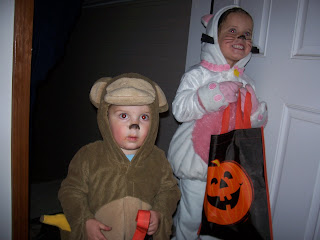 (These are our neighbors - Benson was a monkey and Raegan was a cat. They are so cute.)

Looks like you guys had tons of fun. Joel does have a big family! How was the wedding? Hope you had fun! Thanks for being such a great friend!!!

I love the pictures with the fall leaves on the ground. Joels fam looks so fun!