The weather was perfect yesterday, so we decided to head up to greenbluff (Walter's - one of our favorite farms) and pick some apples. We took Ava to greenbluff last September too, but this year it was so much more fun. Ava was able to pick apples, play in the corn pit (like a sandbox with corn kernels instead of sand), and run through the orchard. I love watching her explore new places and have fun. 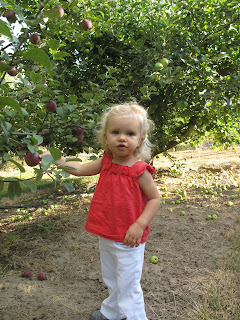 Ava loved getting apples, but carrying the box was hard work. 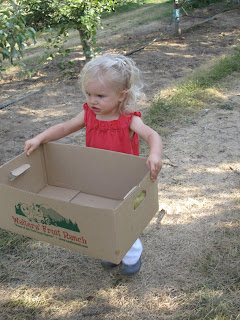 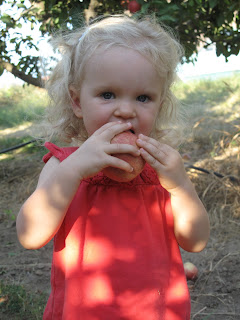 Apples are one of Ava's favorite things to eat at the moment, so of course she had to sample them while we were picking. 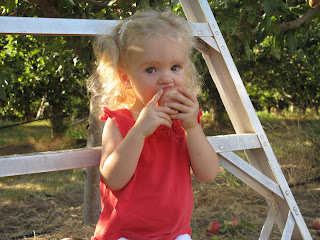 She wanted her mom to sample them too. And of course I said yes - and they were Delicious!! 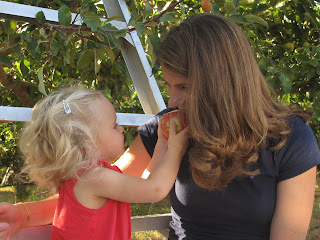 After a hard days work picking apples, Ava and her dad decided to play in the corn pit. Ava loved it and did not want to leave, and Joel had no complaints...he said it was like getting a foot massage. 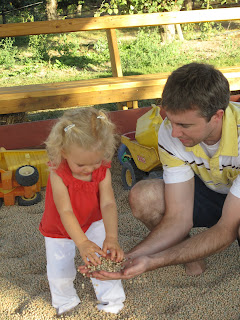 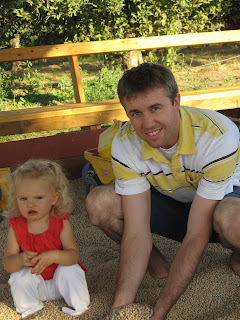 We love greenbluff. I could not think of a better way to spend our Saturday. 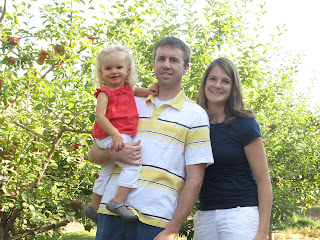 Sunday walks as a family are the best!!

We woke up to a cold, cloudy day, but as the day progressed the sun came out and it warmed up a little. Joel and I thought that we should take advantage of this weather and go on a walk since winter is probably right around the corner. 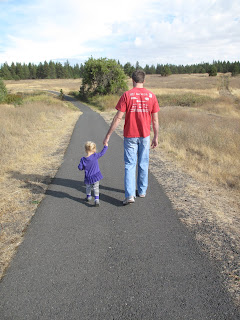 When we started the walk we had all intentions of going on a trail through the woods by our house, but Ava wanted to stay on the paved trails and throw rocks in the bushes along the sides. 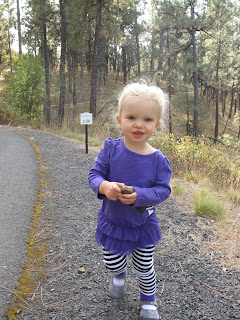 Ava finding the perfect rocks. Her dad was trying to teach her not to pick up the really big ones. She listened occasionally. 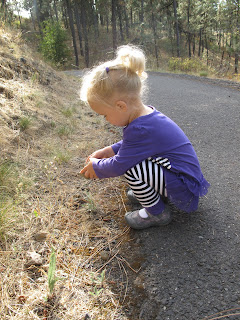 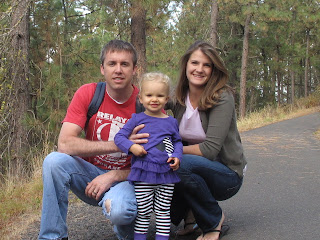 Here is a picture of our fabulous little family.
I cannot imagine life without Ava. She totally completes our family, and brings us so many smiles each day.

I have wanted an entertainment/storage unit for our family room for a long time, but did not want it made out of flimsy wood and did not want to pay for a nice solid one at any furniture store. I decide that I was going to buy a used dresser and try to remake it. I had looked at several yard sales this summer, but every time I thought that I saw one that might work, it had a SOLD sign on it. Then we started looking on Craigslist. (This is what I learned about Spokane Craigslist…you have to be glued to the computer or really lucky to get anything in good condition for a great price. Frustrating!!) Joel was traveling to Pullman for work in August, so I began looking on their Craigslist site (much more promising) and found a dresser that looked like it might work. Joel checked it out his first day there and thought that it looked good, so we borrowed my brother’s truck and Joel picked it up the next day. Here is a before picture: 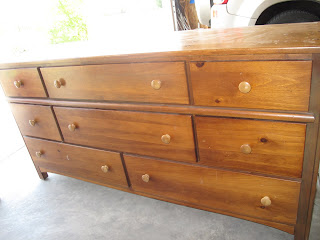 We took out the top middle drawer, and Joel built a box to set the DVD player on. 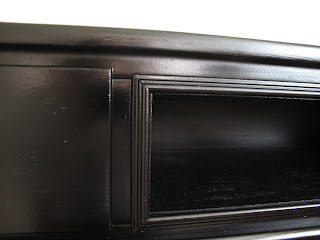 Then he put molding around the box to make it look cute (It has to be cute, right?).
Then it got several coats of black paint, because I am in love with black right now. 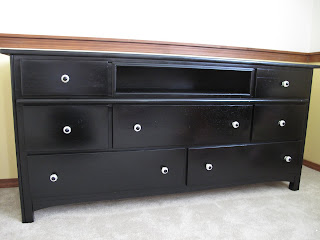 And here is the finished product. Joel did such a great job. The only problem is that he thinks we need to go buy a large flat screen TV for the top.

I love it!! Now I want to try to refinsh our piano and paint it black to match.

When I asked Joel what I should title this post he said "Camping Fail". I don't think it was a complete fail because we had a good time too.

Ava did so well camping the last time we went this summer that we were really looking forward to taking her to Farragut State Park this week. She has been fighting a cold for several days now, so we probably should have known not to attempt camping overnight, but we did anyway. We arrived on Tuesday and had great weather. Joel and Ava set up the tent. 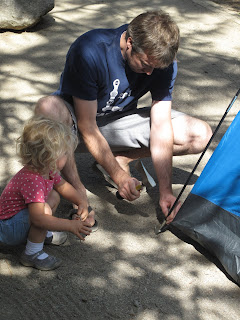 Then we attempted to feed Ava lunch, but she was not interested at all. She just wanted to play in the dirt and play on the swing set that they have in the middle of the camp ground. 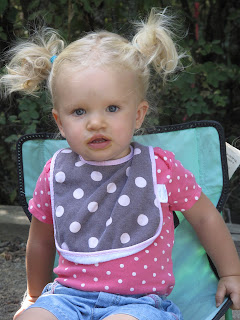 We then took a bike ride down to the river (they have this cute little kids swimming area) and played in the water. Ava loved this part of camping too. 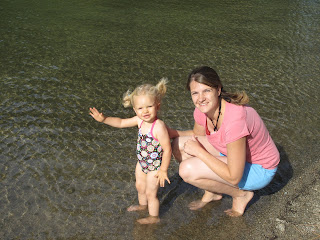 Then we headed back to our campsite to make a fire and cook dinner. Dinner was great! Food cooked over a camp fire always tastes ten times better than anywhere else. 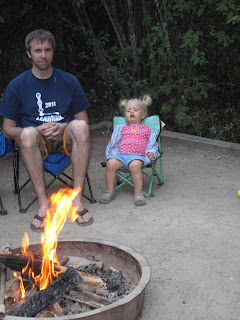 After dinner we headed to the swing set for a few more minutes of playtime before bed. This last family picture (right before bed) was the end of the good camping trip. It kind-of turned down hill from there. It was a pretty cold night, and Ava woke up several times not very happy. Then in the morning she woke up early - not happy again - and was so noisy that Joel decided to put her in the car and let her cry in there (hoping to allow some campers a few more hours of sleep). He finally gave in and turned on the DVD player in the car so that she could watch Elmo's World. We decided that we were not going to camp in the car with the DVD player on, so we packed up camp and headed home. It probably was a good decision, because it poured for most of the day, and Ava was really not feeling well. 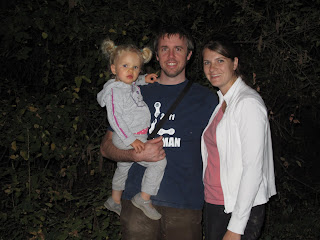 But even with the rough night and morning, we had fun for several hours the first day and enjoy the time we spent just as a family.

Maybe we will try camping again next year when Ava is older and feeling better.